Home
News
Connecting the Many Dots –Manchester and Beyond

[Editor’s Note, June 4, 2017: Since this was written there is compelling evidence that the bomb set off in Manchester is virtually the same as the bomb used in the 2015 Paris bombing.  Security experts believe that the bomb’s design and even assembly were done by an expert or experts and not by the Manchester bomber.  London was attacked on June 3rd, leading to 7 dead and many wounded. This, in turn caused British Prime Minister Theresa May to admit there has been far too much tolerance of extremism and to promise a crackdown.  Now let’s see if that happens.]

It seems very clear that the British-born son of Libyan parents who, for some time were living in Manchester did not act alone.

Of course you should not believe anything the family says.  They say he is a fine lad, he could not have done this, they are peace loving people.

What the dots are saying about the family is that they were closely aligned with al-Qaeda and today are back in Libya.

Even so it seemed the father worked as an airport security person in the UK.  If that proves to be true, which no one has contradicted as yet, you can ask what kind of vetting was done.  You can be sure it was worthless or worse. 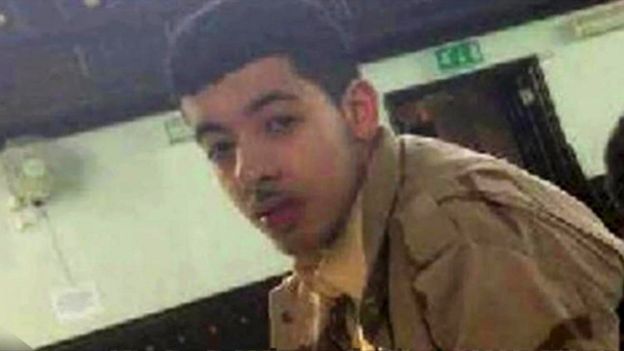 The mother is a nuclear scientist?  The last I looked before he caved in to American pressure, Gaddafi was trying to either build or buy a nuclear weapon.  While the family turned out in the end to be an enemy of Gaddafi, who knows what their previous history with the regime was.  A woman nuclear scientist in Libya is no small thing.  It is a big red flag all around.

The bomb we now know was a professional job.  It isn’t at all clear that Salman Abedi was a suicide bomber.  He may have been a bomb deliverer.  The bomb, experts are saying, was capable of being remotely detonated.  Was Abedi the person who planned to do the detonating, but he was taken out by his comrades?  Or did the bomb go off prematurely (what in Israel they facetiously call a work accident)?

If Abedi did not make the bomb, where was it made?  Was it manufactured in Manchester?  Libya?  Syria or even Dusseldorf where it now turns out Abedi was also visiting and the home to plenty of Islamists.

And how did the secure services so beautifully sit on their hands and do nothing?  This is a case there is so much evidence it is enough to make you sick.  But British security was frozen, inept, inert and worthless.  It is not a case, at least so far, where the left hand and the right hand were not connected.  It was plain awful security.  The people responsible should be fired –in fact they should be prosecuted.

Britain, like the rest of Europe, does not really want there to be a radical Islamic threat.  So they do their best to put very little pressure on the bad guys, fail to draw sensible conclusions on threat, and do nothing to impede the killers.

Sometimes it is like that in the United States too, though that is starting to change.  How many times after a terrorist attack do you hear the police or the FBI or Homeland Security moaning that the attack did not seem connected to any terror organization, or was done by some hapless lone wolf.  These explanations and a pile of horse manure or almost equal: at least horse manure can be used for fertilizer.

The British are now trying to run down the accomplices. They will get some of the local ones, but putting together evidence for convictions may not be easy and will consume (too much) effort.  Meanwhile the real operators, outside of the UK, will have much to celebrate and more deadly attacks to plan.

Terrorism is war.  War criminals should be tried and hanged or shot.  The approach of conventional law enforcement is a recipe for failure.  It eats up valuable resources; it is mind numbing; it is late to intercept and apprehend or kill the terrorists (if at all).

Once again the British people are being sold a pig in a poke by the show being mounted to show that the security people are protecting them.  Plainly they do not and cannot under the current ground rules.

So connecting the dots also means declaring the equivalent of martial law against terrorists.  The usual Liberal suspects will scream and yell, bite their lips, curse and protest.  But when they have to bury their little son or daughter, maybe they will finally get it.