Home
News
It is time for the President to be Presidential

by Stephen Bryen
President Donald Trump has been vilified and systematically attacked in ways no modern American president has been.  You have to go back to the earliest days of our Republic, to the time of George Washington, Benjamin Franklin, Thomas Jefferson and John Adams to see what a mean and vindictive press can do.  There is a wonderfully interesting book, American Aurora by Richard Rosenfeld that provides a blow by blow from the time of the American Revolution to the start of the 19th century.  Rosenfeld provides us with newspaper and broadside articles and commentaries from the period that may shock you.  They are worth reading today.
Perhaps we have matched or exceeded what Rosenfeld uncovered in our early history. 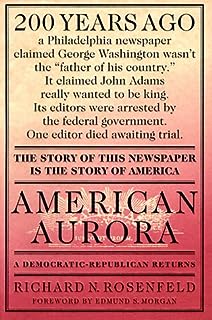