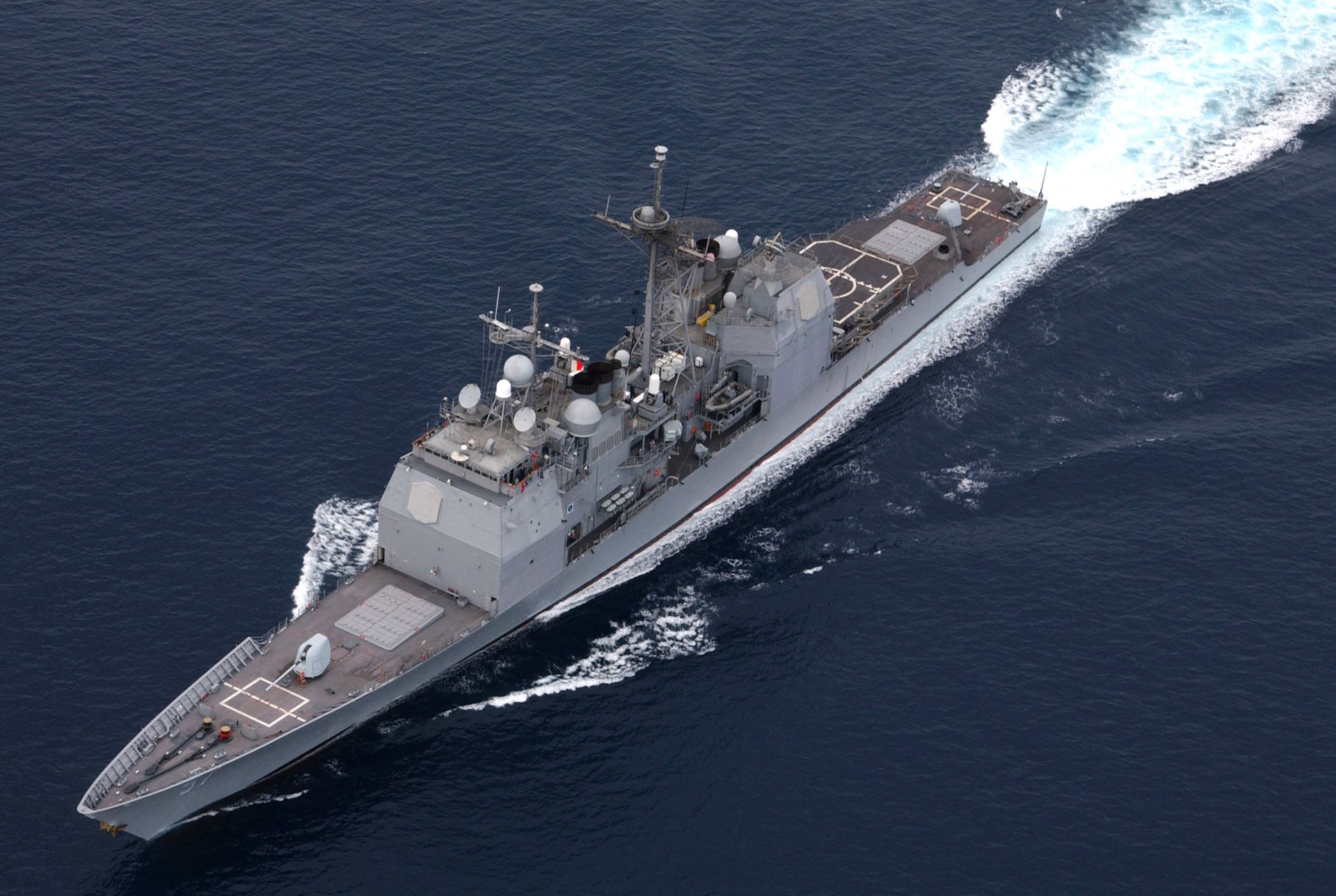 My modest proposal is to redeploy these ships, not scrap them.
The AEGIS air defense system is probably the best general purpose missile and air defense system in the US inventory.  It is exactly this system that is now operating in Poland and Romania from land bases, called AEGIS Ashore.
Japan has AEGIS on four ships of the Kongo class (Kongō-gata Goeikan).  These ships were built between 1991 and 1996 and AEGIS was installed in the mid 2000’s. All of them today are equipped with MK-41 launchers, SPY radars and feature AEGIS BMD (Ballistic Missile Defense) version 3.6.  The system uses a powerful phased array radar, AN/SPY-1D, the same as the US Arleigh Burke guide missile destroyers.
The Ticonderoga-class AEGIS cruisers, slated for retirement, would be a boon in strengthening Japan’s air and missile defenses.  The same ships could also be deployed around Taiwan, providing a greatly enhanced ballistic missile and air defense capability.
Taiwan and Japan both have limited air defenses.  Given the proliferation of Chinese short and intermediate range ballistic missiles and advanced anti-ship missiles such as the DF-21D (Dong Feng, East Wind), more in-depth and dispersed missile defenses are a vital need in the area’s defensive portfolio. One of the shortcomings of land-based systems is that they are more easily targeted and can be overwhelmed by mass “swarming” attacks.  This is less true for moving ships at sea, particularly if they can strike incoming missiles from different locations.
As our Experts Study suggests, one of the missing regional ingredients is a common command system and the integration of air, sea, marine and army detachments so they can coordinate, deconflict operations, and optimize operations. The US is moving increasing to the idea of integrating its forces, and it is now equipping its fighters, bombers, ships and land operations for exactly this reason.  For too long, Taiwan has been left entirely out of this equation and its forces often are operating in isolation from friendly states in the region.  For years the US provided defense equipment to Taiwan, but only sporadically, and offered very limited training.  More recently, the US has stepped up training on Taiwan, but the scale is far too small and needs expanding.  Moreover, based on publicly available information, nothing has been done to tie Taiwan’s forces in with US operations.  Japan, similarly, while increasingly concerned about Taiwan from a national security viewpoint, has failed to make any progress in joining their forces to Taiwan’s.
The Ticonderoga class cruisers slated for junking could provide significant mobile air defenses and can be readied quickly for use, meaning that air defenses can be significantly upgraded almost immediately for Japan and Taiwan.
The US could also use these ships around Okinawa, and at vital US shared ports in Japan, particularly Yokosuka, where the US Navy in Japan has its headquarters, Sasebo and White Beach.  In addition, Japan and the US jointly can use these ships to protect Japan’s southern islands, where air defense systems could also serve to protect Taiwan. Japan and the US Marines have already spoken of installing the HIMARS (High Mobility Artillery Rocket System) on Yonaguni island, Japan’s southernmost island, part of the Ryukyu chain, which is about 67 miles from Taiwan.  Ticonderoga class cruisers could simultaneously protect HIMARS and cover parts of Taiwan’s airspace. 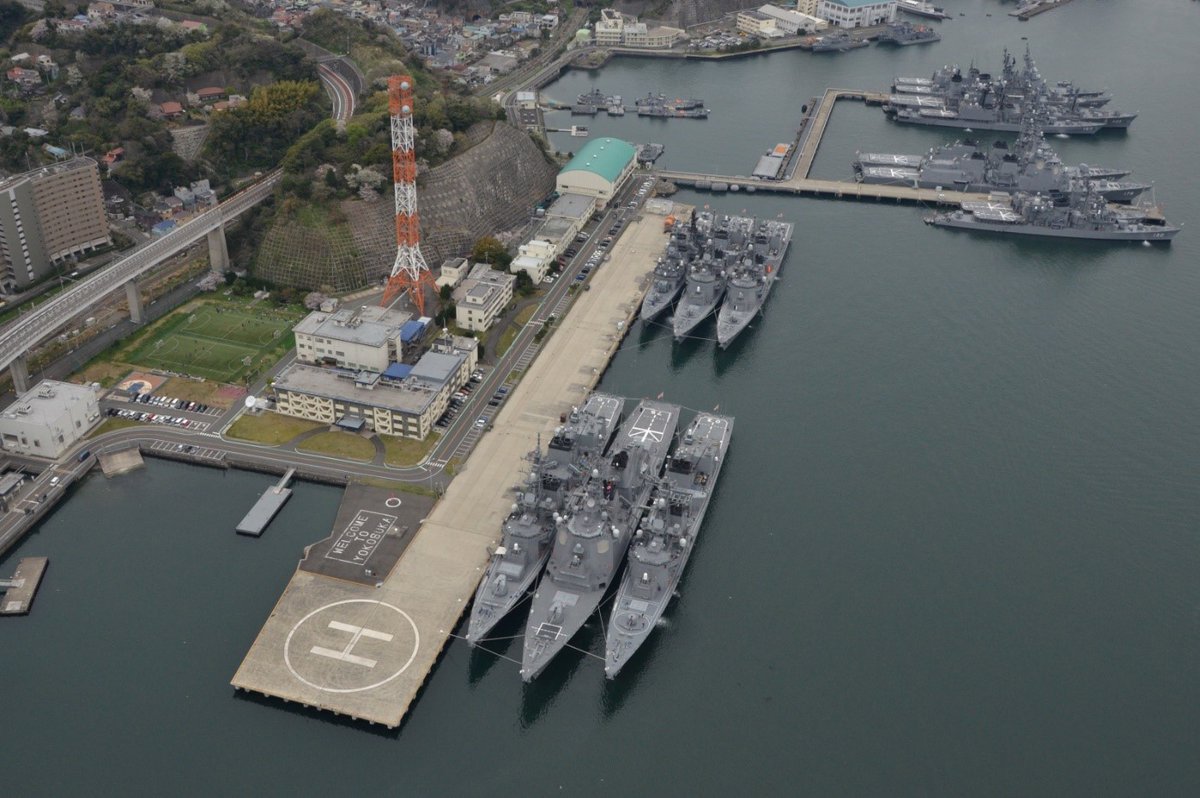 Congress is mulling the scrapping of the Ticonderoga class cruisers. One suggestion on Capitol Hill is to increase the build of new Arleigh Burke class ships from the paltry one new ship requested by the navy, to two.  Even if this could conceivably meet the need, which it will not, it will take a number of years before new ships can be built and readied for use.  There is also talk of a new generation of guided missile destroyers, but there is no funding yet available and the target date for introduction isn’t until 2028 at the earliest.
The security situation in east Asia is very fragile.  Leaders in Japan and Taiwan are not sure whether the US will help them survive against a Chinese attack.  The US needs to stop sitting on the sidelines and it must muster its resources in a way that shows leadership and determination.  Redeploying the cast-off Ticonderoga-class cruisers would be a big help in strengthening air and missile defense in the region.
Tweet Pin It
Tags: AEGIS, China, Japan, missile defense, Taiwan, Ticonderoga cruisers